Steve Allen Reflects on His Storied Career at Poole

Few faculty members within the Poole College of Management can say their time teaching business courses pre-dated the existence of the college itself — but Steve Allen can. When he was hired by NC State in 1978, he took a position as an assistant professor within the former Department of Economics and Business housed in what was then the School of Humanities and Social Sciences.

Allen, who will be stepping down as associate dean on June 30, has played a pivotal role along the way, growing the college into what it has become today. Not that he’d ever take credit for it, says longtime colleague and friend Tony O’Driscoll, who serves as a professor within Duke University’s Fuqua School of Business. O’Driscoll, who taught alongside Allen for years at NC State, speaks of Allen as being “solid as a rock” – and a great leader of people and ideas.

Steve is a silent force and, in some ways, the ‘constant’ of the college that has led to its success.

“Steve is a silent force and, in some ways, the ‘constant’ of the college that has led to its success. There’s no ego about him. It’s never been about Steve – it’s always been about the place,” O’Driscoll says. “He wants to leave places better than he found them and had he not been in the orbit of leadership for the college, I can’t imagine it would be where it is today.”

A head for numbers

Allen’s journey to the Poole College of Management began as a child, where he developed an early interest in mathematics.

“I was pretty good at math and even went to summer math camp at a local university while in high school,” Allen remembers. “I looked at what the professors were doing and thought it was pretty cool and figured academics might be a promising career path for me.”

His high school math teacher told him to look at Michigan State University to pursue his undergraduate degree in mathematics.

“I learned in my time at Michigan State that while I was really good at math, I wasn’t really, really, really good at math,” Allen jokes. “But I did take a couple of economics courses and found that my math skills translated well in that field. I went straight to grad school at Michigan State to get my master’s in economics. I then attended Harvard University for my doctorate and it was there I discovered an interest in labor economics.”

Allen successfully defended his dissertation on absenteeism and the labor market, which launched his love for research. Over the years, his research interests expanded to include topics such as construction unions and collective bargaining to pension plan distributions and phased retirement programs. To date, he’s published dozens of highly influential papers and journal articles ranging on a variety of economic issues – making it even more impressive that his colleagues within the college remember his impact as being one of college leadership, not simply research.

Over the years, Allen has received numerous accolades for his outstanding teaching and research, including the Alexander Quarles Holladay Medal for Excellence, the highest award given by NC State in recognition of faculty achievement. He was listed in the “Economists Hall of Fame”, received the college’s Outstanding Research Award, and was named to the National Bureau of Economic Research (NBER) – a prestigious private, nonpartisan organization that facilitates cutting-edge investigation and analysis of major economic issues.

“Steve has been the face of our graduate programs since the inception of the college. What is impressive about Steve and his leadership is that he is always forward-looking. Steve, through his leadership, has helped us achieve significant growth and recognition with our graduate programs. From name changes to modality changes to curriculum changes, Steve has helped us make adjustments that have elevated our programs in the market,” Dean Buckless notes.

Allen has been in a variety of leadership roles with NC State’s College of Management since it came into existence in the early 1990s. Bob Clark, who at the time served as the college’s interim dean, asked Allen to become the director of the graduate program, then called the Master of Science in Management (MSM) program. The program, which was also offered at other STEM-intensive universities, was a communications challenge, Allen remembers.

“Selling an MSM degree to students, as opposed to an MBA degree, was difficult – and it was even more difficult for students to sell it to employers,” Allen remembers. “By the end of the 1990s, I started championing the idea of changing the program from an MSM to an MBA – and charging a premium tuition rate to better support students in career development.”

His wish was granted when the MBA program launched in 2002 with its first cohort of students. Longtime colleagues like Bev Porter, director of Career Center for Jenkins Graduate Programs, credit Allen for casting the vision and then hiring the talent necessary to see it through.

“Steve struck the right balance in his leadership, allowing his staff to feel empowered while also gently providing the right level of guidance, wisdom, knowledge, history and vision,” Porter says. “On a personal level, Steve trusted and respected me. He gave me permission to dream and fully empowered me to build a strong career program – down to naming the department. He invested in my professional development, stood up for me when I needed him to, and encouraged me when I needed encouragement. He created a safe environment which afforded us to have tough and honest conversations and celebrate our many victories together.”

“Steve Allen is the Jenkins MBA program,” agrees Nichole Miller, assistant dean of the Jenkins MBA program. “Creating an MBA program at NC State was his vision, and without that, or his commitment to making it a success, it would not have happened. At the very least, it would not have been as successful as it has been in such a short period of time. His impact is on every piece of the MBA program from faculty and curriculum, to admissions and the overall student experience.”

Both believe Allen’s commitment and wisdom provided the foundation the program needed to flourish from its inception into its current position as one of the top-ranked MBA programs in the country. Jen Arthur, director of admissions for the Jenkins MBA program, also credits Allen for shaping the MBA program over the years.

“Steve cares about the program’s potential and reputation and pushed us forward into new territories, including adding a new campus location, adding an online program – back when doing so was considered controversial – and expanding curricular offerings,” Arthur says. “His vision allowed the program and staff to grow substantially over the years and Steve’s contributions to the MBA program simply cannot be overstated.”

“I have worked closely with Steve these last 17 years, first as MAC director and now as department head, and I have learned a lot from him. Steve has been so impactful – helping us develop new master’s and certificate programs that align with student demand and college strengths, and navigate them through the university system,” she says. “Steve has a real interest in our students and our graduate programs are stronger because of his efforts and passion for the job.”

But Allen, as O’Driscoll pointed out, isn’t one to take the credit – and is quick to celebrate the group of faculty and staff he assembled as playing pivotal roles in the growth of the Jenkins MBA program.

“When it’s all said and done, I’ve had the pleasure of putting together a great team when it comes to admissions, advising and career services,” Allen shares. “I’m thankful to work alongside faculty and staff who are committed to student success – which we’ve seen evident in our enrollment growth and ranking success. Graduate education has changed a lot over the years, and I’m thankful for the opportunity to contribute to some of that success.”

Allen’s former students, like former online MBA student Brian Karp, are also thankful for the role he played in shaping their careers.

“Dr. Allen’s class was one of the first classes I took at NC State and I was immediately impressed by his availability for meeting with students and how he made the lectures fun and relatable, says Karp, senior audit manager, advanced analytics & innovation excellence at Wells Fargo. “Anytime I would go to Raleigh, Dr. Allen’s door was always open for advice and counseling. Dr. Allen always handled my concerns with professionalism and class. He encouraged me to participate in the McLauchlan Leadership Fellowship, which was a game-changing experience for me and helped launch my career in an entirely new direction.”

And while Allen steps down from leadership roles, he’s not quite done yet.

“I’m voluntarily stepping down from my current position as associate dean and returning to faculty as a professor teaching economics and labor economics,” Allen says. “I’ll also have more time to spend on my research.”

“In fact,” Allen says with a laugh, “Bob Clark and I have a grant we’re working on that looks at employer demand for older workers. We can relate with that subject better than we could 20 years ago.” 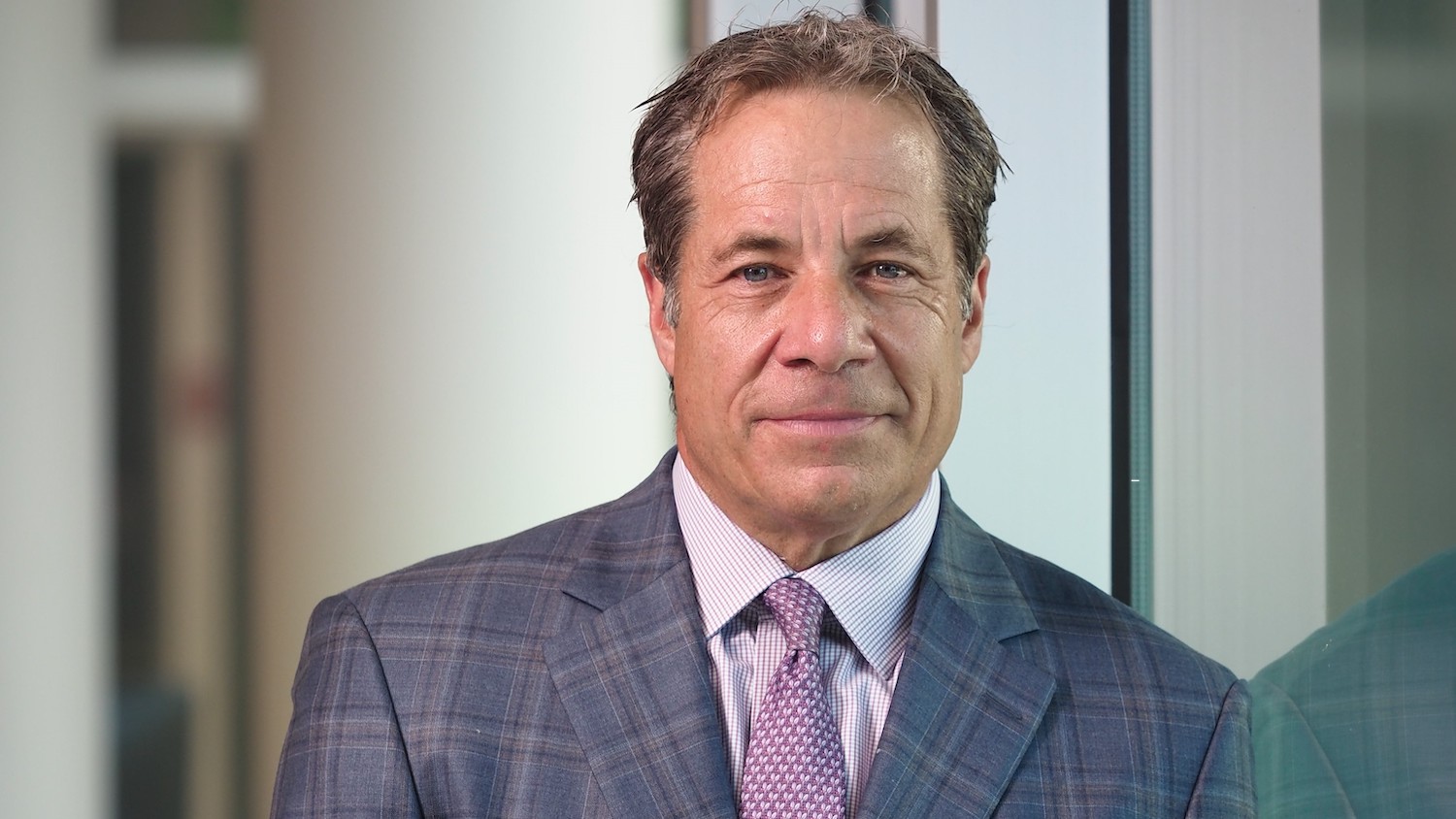