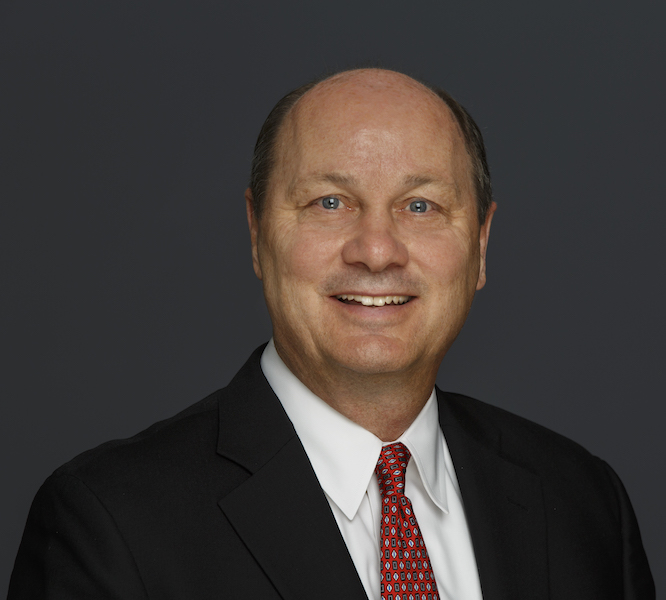 Join Poole College at the Wells Fargo Executive Leadership Series with Gary Stokan as he shares his career and leadership experiences in a conversation with Frank Buckless, interim dean of the Poole College of Management.

Gary P. Stokan (‘78) is CEO and president of Peach Bowl, Inc., a position he has held since 1998. Under his leadership, Peach Bowl, Inc. events have generated an economic impact of over $1.08 billion in direct government tax revenue for the city of Atlanta and $66.7 million for the state of Georgia since 1999.

Stokan is a former NC State University basketball student-athlete, Jon Speaks Award winner for team leadership and assistant basketball coach (1978-79). He graduated from NC State in 1978 with a bachelor’s degree in business administration.

As the conversation wraps up, audience members will have a chance to ask questions. The event is free and open to all NC State students, faculty and staff and the general public.

You can listen to the previous speakers in our podcast.

With 38 years of corporate sports management experience at Adidas, Converse, and owning and operating two sports marketing companies, Stokan has created major events that bring exposure and economic impact to Atlanta by creating:

Most recently, Peach Bowl, Inc.’s addition of the management of The Dodd Trophy, college football’s most coveted national coach of the year award, is due to Stokan’s leadership.

Under Stokan’s leadership, the Bowl has enjoyed sellouts in 20 of the past 22 years, earning the second-longest sellout record in the Bowl business, has distributed more than $185 million in team payouts, and is college football’s most charitable bowl organization – having given $32.5 million since 2002 – which garnered the Atlanta Small Business Philanthropic Award. Most recently, Peach Bowl, Inc. was named a Top 10 Small Business in Atlanta by Business Leader Media, and was also presented with the Phoenix Award, the highest honor an individual or group can receive from the mayor of Atlanta.

Additionally, Stokan’s vision and leadership efforts resulted in the relocation of the College Football Hall of Fame to Atlanta and the creation of Atlanta Hall Management, Inc.

As president of the Atlanta Sports Council from 1998-2009, Stokan led Atlanta’s efforts to brand the city as the “Sports Capital of the World”. Stokan has been ranked by the Atlanta Business Chronicle as one of the 100 Most Influential Atlantans, a top 50 leader in Atlanta hospitality, was recently named one of Atlanta’s Most Admired CEOs and will be inducted into the Georgia Sports Hall of Fame in 2019.

The Poole College of Management has presented the Wells Fargo Executive Leadership Series since 1992, providing students and the community the opportunity to learn from some of the nation’s and the world’s leading executives as they talk about their careers and leadership experiences. This series is supported by an ongoing gift from Wells Fargo. Learn more about the series.

Podcasts of our prior presentations are available through our Poole College Executive Leadership Series Podcast page on iTunes.

Please register for the event.